From the Other Side

January 24, 2016
The new year 2016 brought a special gift to me, the "opportunity" to be on the other side of the healthcare delivery system--the care receiver rather than the caregiver.

Fortunately, I am blessed that my surgery went well. I only missed just over week of work, and a full recovery is expected. During those days away from my ob/gyn career, I spent time at home recuperating and was feed well by family and friends.

The surgery had been scheduled long before the Ole Miss Rebels finished a stellar football season, and since my wonderful physician is not an Ole Miss fan he did not mind skipping our second trip to the Sugar Bowl in over 40 years. Fully alert, status-post anesthetic trance and requiring minimal post-op pain meds on the evening of January 1, I watched Ole Miss trounce Oklahoma State on a fairly large, widescreen TV from the comfort of my den couch.

However, I missed being in New Orleans with my friends at the Superdome in what they described as great seats in an obviously well-spirited, happy atmosphere for University of Mississippi loyals.

That first week of January at home also gave me a chance to catch up on some things. Since I did not feel much like straightening out my closet or desk drawers and thinning out some stuff, I spent the time on another much needed project: completing revisions of the Kindle edition of my third thriller novel "Fresh Frozen" for its release as an audio book through audible. com. "Fresh Frozen" is now ready for audio download to "any electronic device" as they say.

In early January of 2016, I balanced my writing time between completing the audio book by working with narrator and voice artist Flora Plumb and finishing the draft of my fifth novel "When the Bee Stings." "WTBS" is a follow-up story to my current novel "Wiggle Room." I am on the final pages of "When the Bee Stings" with plans for my readers to like it a lot!

The other sliver of time devoted to writing was invested in watching television. My justification for reasoning that TV and authoring novels parallel is that some writing coaches (at least one I know of from an article I read in "Writer's Digest") advise structuring the plot of a suspense novel or thriller with the fast pace of a moving television drama.

So in taking that advice, I drew inspiration from binging on the most recent seasons of "Homeland," "The Affair," and "Ray Donovan." But that was not all. I plodded through another season and a half of "The Tudors" (but I'm still not caught up) and got totally hooked on the engrossing new series "The Man in the High Castle" and "Orphan Black."

I hope that my trip to the other side is indeed over. The holidays and the close of 2015 as it melted into 2016 were a joyous distraction. Leading up to my surgery, our house was happy and lively since both young adult children and their special friends and pets were at home with Sally and me for several days. We took day trips out-of-town (to a concert in Memphis and a pre-Sugar Bowl weekend trip to the Big Easy), patronized great Jackson, Mississippi restaurants, opened presents over a several day period, watched old family movies, played with a new corn 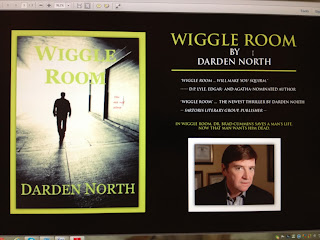 hole game, and enjoyed meaningful church Christmas music services. My mother and sister-in-law and her family were also by to visit. Having my family with me was fun and treasured leading up to my big event in the hospital on the morning of New Year's Eve.

Happily, except for follow-up doctor's visits, my trip back from the other side is over, I hope, although the memory will last a lifetime. I'm back practicing obstetrics and gynecology full time and writing books. Of course, I'm looking forward to the new television season of "Game of Thrones" and hoping for the return of "House of Cards." 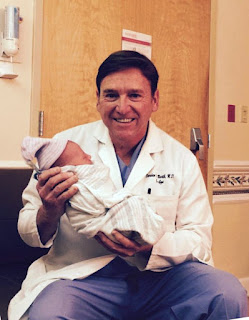 No comments have been added yet.

July 07, 2015
As an author I love to visit book clubs. Recently by video teleconference, I was the honored guest of the Yarn Spinners Book Club of Ackerman, Mississippi. Friend and member Frances Coleman tells me that the club grew from a group of women who like to knit and crochet. They soon found themselves talking about books and decided to devote one meeting each month to having a book club. The program is sponsored by the Mississippi State University Extension Service - Chocktaw County.  Last year the Yarn Spinners read and discussed my newest novel, "Wiggle Room," but in 2015 my second novel, "Points of Origin," a national IPPY award-winner in Southern Fiction, was the focus of intention. Pictured separately  via Skype and Facetime  are the guest novelist and the Yarn Spinners group with guests. The club shared with me the 23 discussion questions it considered including such concepts as what was the central conflict of the novel’s plot, how does one &q
3 comments
Read more